Help us spread the word!

You must have seen those pictures on Instagram: hundreds of hot air balloons flying in a mars-like landscape with a pink sky over strange rock formations.

That place is called Cappadocia, a region in central Anatolia, the heartland of Turkey.

Thanks to those pictures, many people can only associate Cappadocia with hot air ballooning but don’t know that this region is also captivating in terms of geology and history. Did you know that the early history of Christianity took place here? Before our visit to Cappadocia, we didn’t.

Christian history in Islamic Turkey? Yes, you heard it right!

It was precisely the unique geology of the region that allowed that to happen. Cappadocia is home to the so-called Fairy chimneys, a fancy name given to some unique rock pinnacles that resemble mushrooms – although some insist that they look more like phalluses. These fairy chimneys are the result of erosion over millennia, and Early Christians used the caves carved into these rock formations to hide from persecution during the Roman period. Today, visitors can visit some of those fairy chimneys and admire the vivid ancient frescoes depicting Christian saints and other religious symbols.

That said, don’t just go to Cappadocia for hot air ballooning. Spend some days to explore the region and learn about its fascinating history and geography. We can recommend the very well-organized Red Tour and Green Tour of Cappadocia, which cover the major attractions in this region.

Here’s our first-hand experience of the balloon flight. If you’d like to know all the practical details or prices of hot air ballooning in Cappadocia, check out our separate post. As always, should you have any questions, feel free to comment below or contact us.

Our impression of the hot air balloon flight

We booked our hot air balloon flight through our hotel as soon as we arrived in Göreme, the main tourist hub of Cappadocia. Our host looked concerned as he made some calls to find two spots for the next morning, but after a while, he managed to find “something” for us through a friend with Voyager Balloons, a renowned company in town. Price and pickup time were set and we shook hands to close the deal. We didn’t really know if this was a “black” deal, but given the reduced price and the mention of “the friend” it most likely was.

We barely had time to sleep that night. At four o’clock the next morning, we were up again and waiting for the pickup. A mysterious white van with no logo whatsoever pulled up outside our hotel and the driver ushered us in. We didn’t know where we were going but we were too sleepy to worry much anyway. It was still the middle of the night! A few more sleepy passengers joined us as we drove through the narrow streets of Göreme. No one seemed to know what was going to happen next. Without speaking a word, our driver sped off to a dark and empty highway.

Some 15 minutes later, we arrived at a bustling restaurant packed with people. Half the town must have been there at this moment – the balloon crews, the restaurant staff, the pilots, and of course us the passengers. We were the last people to arrive and were quickly (and quietly) led in to mix with the crowd. At least nobody stopped us, which was a good sign. Even if this was a black deal, it was surprisingly well organized!

We were assigned the “group number 6” (first three words anybody spoke to us) and should they call this number out, we should rush to the launch site. Everything had to work seamlessly, given the vast number of people and balloons involved. A stranded passenger could totally mess up the intricate system.

At this point, we were still not sure if we’d be allowed to fly that morning. The Aviation Authority would only announce shortly before the take-off time if it was safe to fly that day. So we didn’t really know how long we had to wait or how much time we had for breakfast. Again, everybody ignored us, but anyway the breakfast was not that great and we didn’t need more than 10 minutes. Who could have a big breakfast at that ungodly hour?

Some minutes later, the crews started to call out group numbers. That was a good sign, we were allowed to fly!

“Number 6!”, a crew member announced loudly. We jumped into another van, this time with a big Voyager Balloon logo on it and in no time we headed off to the launch site. First paved roads then off roads, some 20 minutes later we reached an open field that was already full of half-inflated balloons. The crews were busy blowing them up with the hot air from huge propane flames. It was still dark outside and the balloons looked like giant fireflies slowly waking up for the day.

There was no time for chit chat. Our balloon was almost fully blown up when we got there – we were the last ones, again! – so we were urged to climb into the basket and quickly given the safety instructions. Next thing we knew, the balloon had slowly been lifted into the air. The take-off was so smooth that we barely realized that we were floating in the air. It was quite dreamy, as opposed to the hectic preflight moments. Or maybe we were just too sleepy still.

Perfect timing. The sky had now slowly turned into dark purple, only to be interrupted by the occasional spitting of orange flames that generated the hot air to lift the balloon. At first, we were scared by the heat and noise of the huge balls of fire that were so close to us, but we slowly got used to it. We even started liking the fire, as it warmed up the chilly morning air above our heads.

As we slowly rose higher and higher, we suddenly realized that we didn’t feel any fear of heights. Probably because the basket rim was tall enough, plus we were quite packed inside, which actually added a sense of security. So far, we felt quite safe and it was definitely a good feeling for first-time balloon flyers like us. The air was so still and calm, and the sight of the other balloons suspended in the air had a very tranquilizing effect. We felt like part of a slow-motion play.

As we ascended further, our pilot informed us repeatedly about the altitude. He also gave us a mini-lecture about the geography of Cappadocia. He looked skillful and experienced, which was very reassuring.

“600 meters, 650 meters, 700!”, our pilot announced. We kept climbing until 800 meters when a passenger requested to stop going further as his acrophobia had started to kick in. Everything below looked so small and distant that we could barely recognize the streets and towns.

In the far east, the sun slowly emerged on the horizon. We could feel its warmth on our smiling faces. It’s tranquil, it’s breathtaking, it’s lovely. Is this how heaven feels?

Now the sky gradually turned from maroon to pink, casting a warm hue on the contours of the earth below. As the day became brighter, the unique geological formations of Cappadocia slowly unfolded before us.

Thankfully neither our pilot nor the passengers aboard were too talkative. It was silent most of the time, but nobody felt awkward. Everyone was busy soaking in the magical moment, knowing that it wouldn’t last forever. After all, 1 hour is really not a long time. Definitely too short for such an awe-inspiring experience.

Eventually, our pilot interrupted our meditative state with a descending announcement. What? We were only halfway through, we complained and he smiled. Thankfully, it was a joke and he only wanted to bring us closer to the spectacular fairy chimneys – what a fitting name for this moment – for us to appreciate them up close. Also, let’s be honest, for him to show off his piloting skills by maneuvering the balloon through the pinnacles like a child’s play.

After the closeup, we went up again for a while and resumed our meditative state of contemplation but before long, another decent announcement brought us back to reality and this time, we knew it was the final one.

The fairy chimneys got closer every minute. Sooner than we wished, our pilot had located the landing “spot” and skillfully maneuvered the balloon towards it. As we got close to the ground, we flew over some meadows and our basket brushed through the grass along the way, like a giant comb. We thought we would land on the meadow and hung onto the “landing ropes” inside the basket. But as it turned out, we landed precisely on the trailer of a pickup truck thanks to our experienced pilot and the help of the landing crew. That was a great stunt! We all smiled in approval.

The flight was over, but not the experience. As tradition dictates for hot air ballooning in Cappadocia, it was celebration time! Our pilot popped opened a bottle of sparkling juice – they call it alcohol-free champagne to give the moment a classy feel – and handed every passenger a glass of it, together with our personalized balloon flight certificates.

We sipped our juice and took some pictures of the deflating balloon. Just as quickly as they put us in the balloon, they deflated, folded, and packed it with the same efficiency. The organization was flawless and made the entire process truly enjoyable.

Before long, we were driven back to our hotel. It was only 7.30 a.m. when we reached, just in time for a hearty Turkish breakfast.

The real Whirling Dervishes in Istanbul

Help us spread the word! 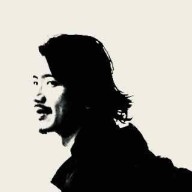 CS is a biochemist turned travel blogger. Considering the time he spent in each region, he is 70% Asian, 25% European, 5% Latin American. Travelling is his passion and he’s been to 35 countries (and counting). CS’s new favourite director is Wes Anderson.

to stay in touch and receive your
FREE Travel Packing Checklist
and
Travel First Aid Kit list
(approved by our pharmacist – Diana).